Challenges of the Portuguese Foreign Policy, a look into the Euro-Mediterranean Region*

It is an honour to come to this prestigious University to speak about the main framework of the Portuguese Foreign Policy. This is, as you may suspect, a huge challenge in itself.

It is also a pleasure to come here at a time when our bilateral relations between Portugal and Greece have known a new dynamic and a strong impulse during this year, especially at the political level, strengthened by the visit of our PM António Costa to your country last April.

So let’s start with the main areas of Portugal’s external policy. First main area is our European Policy. The NATO partnership is a cornerstone of our External Policy. The multilateral relationship with the Portuguese Speaking Countries should also be elected as one of the main objectives of Portugal’s Foreign Policy.  Official Development Assistance and International Cooperation for Development are a main aim for our External Policy. Finally, last but not least, our cultural policy promoting the Portuguese as a universal language.

Let’s go back to our European Policy. Portugal is and remains a country focused on the European Concert. We are at the centre of the European North Atlantic Partnership with particular links to our Mediterranean Neighbours and to our South Atlantic friends in Africa and in South America.

Our link to Europe has a substantive nature. We are at the core of all European Policies. Portugal is in the front row of the European Integration, we are funding Member of the Schengen Agreement and of the Monetary and Economic Union. There are no public policies in Portugal that are not linked, in one way or another, to the European Project.

We do recognise the complex and urgent challenges Europe is facing. Although the outcome of the British referendum is of course an issue of the highest importance, we do not forget other important challenges in the European agenda. For Portugal, it remains clear that “the issues we face [quoting our Prime Minister] demand European solutions. They should not be dealt without Europe: it is with Europe that we can surpass these problems.

Second main area is our membership to NATO and this links us directly with our Foreign Policy regarding our Mediterranean Neighbourhood because the Middle East and Mediterranean Basin are strategic regions for our Defence policy.

In the last 10 years trade relations between Portugal and the Mediterranean Partners have quadrupled, which evidently shows the rapid growth that the region is witnessing. Imagine what it would be like, the immense benefits for all around, if peace reigned throughout the region.

The Mediterranean countries represent a significant share of the International Trade in Portuguese goods and services. They account for around 4% of exports and 3% of imports. This shows a fairly balanced relationship with lots of room for improvement and diversification. It would be very positive, for example, to work towards a reduction of the current primacy of fuels and minerals, which are more than 72% of our imports from the region.

The security-development-nexus is, today, rather consensual. But, in reality, it works both ways. If there is no development without security, it is also impossible to have security without development, without investment, without job opportunities, without thriving small and medium businesses, without professional perspectives for young graduates, without, basically, a functioning and diversified economy.

In recent years, Mediterranean countries have had divergent trajectories, facing uncertain times. However, the progressive internal political stabilization in the region, may generate favourable winds of economic development in those countries, the flourishing of their private sector and help to lower the very high unemployment rates.

The implementation of an effective cooperation and development policy in bilateral and multilateral frameworks can be decisive for the evolution of the situation in the region. Such is the case of the new generation of political and economic ties between the EU and several Arab countries, the so-called Association Agreements.

The vast and rich Mediterranean basin is a priority for the Portuguese foreign policy. Its southern flank, North Africa and the wider Middle East region, including the Gulf, is an essential part of our external action, and over the last decade we have experienced a strong impetus to develop political exchanges and economic flows at various levels

It is in our view essential to make full use of all the different structures that have been created in the past years and that have brought together, in different formats, the countries in the region: the Union for the Mediterranean, the 5+5 Dialogue, the MED 7 Group and the North-South Centre of the Council of Europe.

Firstly, may I highlight the Union for the Mediterranean as the only dialogue forum between all the 43 euro-Mediterranean countries, including Israel and Palestine, whose conflict is the root for so many tensions in the Middle East.

Institutional dialogue between the North and South shores of the Mediterranean is crucial in our view to face the increasing magnitude of the regional challenges.

Moreover, the renewed European Neighborhood Policy recognizes the central role that the Union for the Mediterranean plays. Portugal will, together with the other partners, the Co-presidencies and the Secretariat, work hard in identifying new initiatives and concrete large-scale structural projects to put into action the Union’s positive development agenda, looking forward to the Ministerial Forum, early next year, in Barcelona.

Portugal has ensured for several years now the position of Assistant Secretary General for Energy in the Union for the Mediterranean. This is a strategic dossier, in particular as regards energy interconnections that may, in the medium term, redraw the map of the hydrocarbon trade and also the electricity transfers in the region. The recent joint launch between the Governments of Portugal and Morocco of a public tender for a feasibility study of an underwater electrical interconnection between the two countries is, in that regard, an historic step.

Portugal is also an active Member of the MED 7 Group. We and our partners at the MED 7 are committed to increased responsibility in sowing the seeds and increased benefits in harvesting the fruits of such economic recovery of our southern partners. We are committed to promote the cause of the southern shore of the Mediterranean among our EU partners.

Another very relevant articulation platform in the Euro-Mediterranean Region is the North-South Centre, dependent of the Council of Europe. It was established in 1990 with the assignment to promote the dialogue between North and South and operates from its headquarters here in Lisbon. It is important to note that it is a European institution, not a Portuguese one. And also to underline that it is based on a fundamental principle of the Council of Europe: the recognition of the importance of learning from each other’s experience.

The Centre contributes, through its activities, to the process of consolidating democracy in the member states of the Council of Europe and also in its neighbouring regions, by promoting intercultural dialogue and strengthening the civil society in matters such as gender equality and youth issues. In September 2016, it was enriched by the association of Romania, which reinforces the group of member states (Andorra, Azerbaijan, Bulgaria, Cape Verde, Croatia, Cyprus, Greece, the Holy See, Lichtenstein, Luxemburg, Malta, Morocco, Montenegro, Portugal and Spain). And we have recently known that the Tunisian Parliament has ratified the Association Agreement. We are happy to be able to count on Tunisia has a full-fledged Member, being such a relevant player in the Maghreb region with successful experiences to share on such important areas as peaceful transition and democracy building. Tunisia will be instrumental to renewing the vitality of the Centre and providing a decisive impulse in addressing its current challenges.

Portugal also greatly values the informal character of the 5 + 5 Dialogue as a multilateral forum for flexible debate, which contributes to the definition of common interest policies for the Euro-Mediterranean region, bringing together Portugal, Spain, France, Italy and Malta, on the north bank, and Mauritania, Morocco, Algeria, Tunisia and Libya, on the south side.

Libya is at the present time and for all the known reasons, one of the most vulnerable partners in this 5 + 5 Dialogue. Portuguese companies were once very present in the Libyan market and some are still there, despite the hardships. We want them to be able to return there and we want to reshape a rich institutional rapport with the Lybian authorities. Fortunately, Daesh has suffered increasing setbacks in Libya. But is still necessary to continue the political stabilization efforts, easing the tensions between east and west, and bringing effective authority to the Government of National Accord.

Portugal is committed to support the work of the United Nations and the European Union in promoting the Libyan political dialogue and promoting the effectiveness of the security sector. The extension of Operation EUNAVFOR MED’s mandate is a positive development, in particular the commitment to train the Guard Coast Libya. Also, NATO’s SEA GUARDIAN operation will be a central driver in Lybia’s maritime stabilization, and Portugal will participate in it.

We also follow with great concern the developments in Syria. We believe that the strategy to be pursued must be based on two fronts: combating violent extremism and simultaneously achieving and enforcing a lasting cessation of hostilities to allow unhindered access for humanitarian assistance. There is no alternative to a political solution to the Syrian crisis, in order to bring peace and renewed prosperity to its people.

The support that the Portuguese government has given to the Global Platform for Syrian Students is a strong bet on Syria’s human capital. We seek to preserve its human resources today so that they can revitalize Syria’s economy tomorrow. Portugal has hosted a hundred Syrian students in Portuguese universities and promoted the integration of other fifty in third countries through this Platform, an initiative of former Portuguese President Jorge Sampaio.

On another level, the stability of Egypt is fundamental to the preservation of regional balances. Cairo is a first-rate partner in the sphere of security and political stability at the regional level but also in economic terms. Recognizing the advances in the agreed roadmap for Democracy, the EU should improve bilateral dialogue with Egypt, with effective the cooperation on subcommittee meetings, and look forward to engage in a new phase of shared commitments with shared responsibilities.

In conclusion, I hope I did manage to convince you of our true engagement in Mediterranean Region and the importance it has taken in our Foreign Policy.

Thank you very much

*Lecture given by Dr. Manuel Grainha do Vale, Deputy Head of the Portuguese Embassy in Greece. 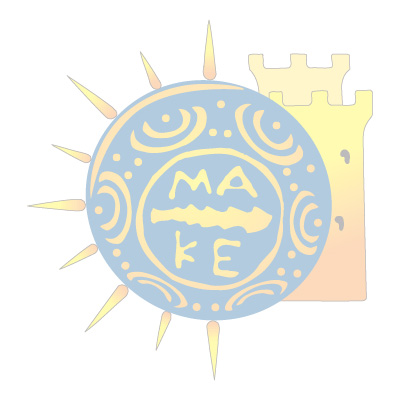